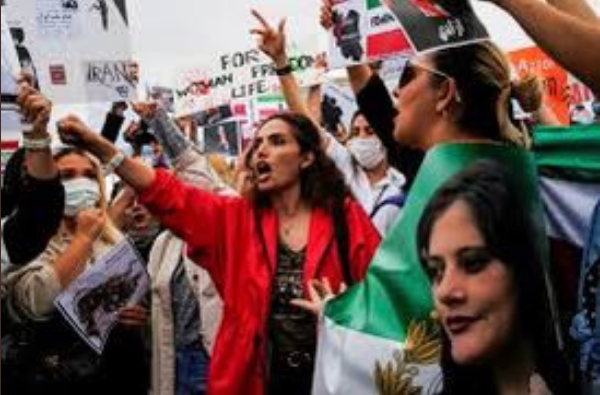 Iranian demonstrators in Qatar celebrate their nation’s loss to the US.

Iran’s 0-1 setback against the United States Men’s National Team (USMNT) at the World Cup competition in Qatar on Tuesday night was cheered by protestors who have been on the streets since mid-September.

Iran was eliminated from the largest soccer festival taking place in the Middle East nation after earning only three points in Group B.

In contrast to how football defeats often make compatriots feel, Iranians have been organizing anti-government protests following the passing of Mahsa Amini, a 22-year-old Kurdish lady.

Concerns have been expressed regarding the safety of the players, who in the first game also declined to sing their nation’s anthem in what appeared to be a show of sympathy with protesters.

According to CNN, the team’s families received threats of arrest and torture before to the game.

After the final whistle, which blew in the wee hours of Wednesday local time, individuals were believed to have rejoiced inside their houses in a number of Iranian cities.

On social media, many were spotted blaring their car horns, yelling, and whistling in support of their team’s defeat and inevitable elimination. Iranian demonstrators in Qatar celebrate their nation’s loss to the US.

A protester who wished to remain anonymous exulted, “I am thrilled, this is the government losing to the people.”

Legendary Iranian footballer Ali Karimi claims that the Iranian regime has threatened his life after he backed demonstrators.

The squad first declined to sing Iran’s national anthem before their first game in what appeared to be a show of sympathy with protesters, raising fears about the safety of the Iranian players traveling back home across the Persian Gulf. Prior to the game, the team’s families were also threatened with detention and torture, according to a source engaged in the games’ security.

When the final whistle blew in the early hours of Wednesday local time, residents in various Iranian cities rejoiced from within their houses and residential structures while videos shared on social media showed people blowing their car horns, chanting, and whistling.